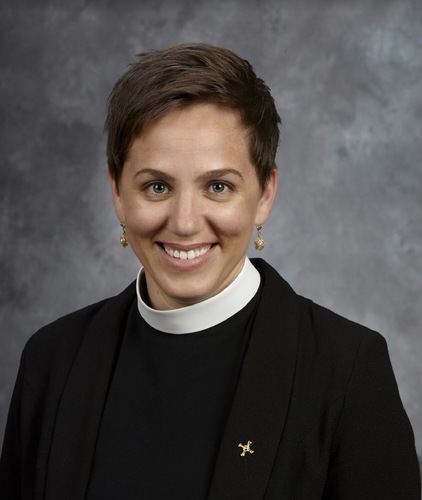 I was born and lived until my early teens just south of here, in Belleville. My family is a camping and exploring family and I grew up paddling the lakes and rivers and hiking the trails in and around Algonquin Park, the Kawarthas, Bon Echo Park, and everywhere in between.

As a teenager, my family moved to different places across the county, exploring different parts of Canada while sharing in ministry with communities on the prairies and in northern BC. As a young adult, I moved to Victoria for university, studying psychology. I took up sailing and eventually worked aboard a tall ship, mentoring young people in life and in faith as we explored the unique cultures and environments of the Canadian West Coast, the South Pacific Islands, and East Asia. When I came home, I completed a Masters in Counselling Psychology and worked as a mental health and addictions caseworker in non-profit homeless shelters and transitional housing as well as some private practice.

Eventually, I went to seminary and completed a second Masters degree in divinity. Matthew and I met at seminary and got married in our final year. Most recently, I was the Assistant Curate at the Church of St John the Divine, a large urban parish in downtown Victoria, British Columbia.

In addition to serving the local church, I am honoured to work for the church national on the Board of the Primate's World Relief and Development Fund and represented PWRDF on the Council of General Synod for the 2016-2019 triennium. I also currently represent North America on the Board of the Anglican Communion's forum for relief, development, and advocacy: the Anglican Alliance. Since moving to the Ottawa Valley, I have become involved in our community by joining the Board of Directors of Bernadette McCann House. I am delighted to be living in Petawawa and serving the Anglicans of the Valley.