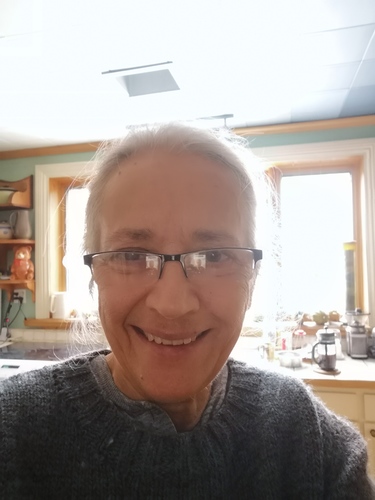 I was born in the little stone hospital in Chapeau, Quebec.  I lived on a farm just outside of Chapeau until my teens when I moved to Ottawa to study Fine Art and English at Ottawa University.

When I was in school masses were in Latin, I sang in the church choir of St. Alphonsus, and there was a Convent School across the street from the church. My formal education up until university was entirely in French.

After university I taught for a few years at the French elementary school in Chapeau, Notre- Dame du Sacré- Coeur.  I then returned to my studies where I completed a Business Administration program at Algonquin College.

I have worked in the public and private sectors for many years, mostly in and around the Valley.

I am an avid Classical Music fan and have played French Horn in several orchestras from Ottawa to North Bay.  I now mostly only play in the Pembroke Symphony Orchestra.

I moved to the Hamlet of Westmeath about 35 years ago and still reside there with my two rescue dogs from Turkey, my 3 cats, and several laying hens.

I love my job at Holy Trinity which I have been doing for the past 5 years. It is an honour to be of service to our Clergy team and the people of The Parish of the Valley.