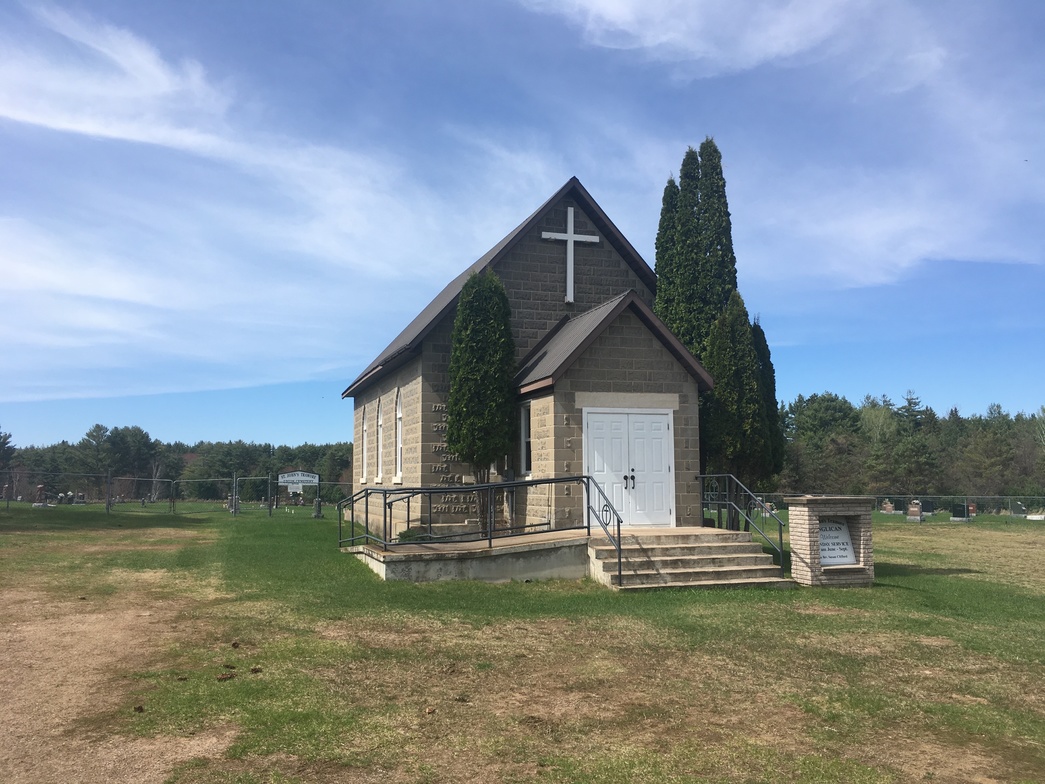 The log church of St John’s Tramore was built in 1885. Fifteen years later, this structure was taken down and replaced with a frame building that was later covered with the stone you see today. Initially, a number of denominations shared the offering of services to the one congregation, however by 1927 only the Anglicans remained.

Spirited singing has always been a gift at St John Tramore, beginning in the days of the original foot-pump organ with bellows!

Round Lake Road, near the outlet of Round Lake

Sundays at 9am in July and August