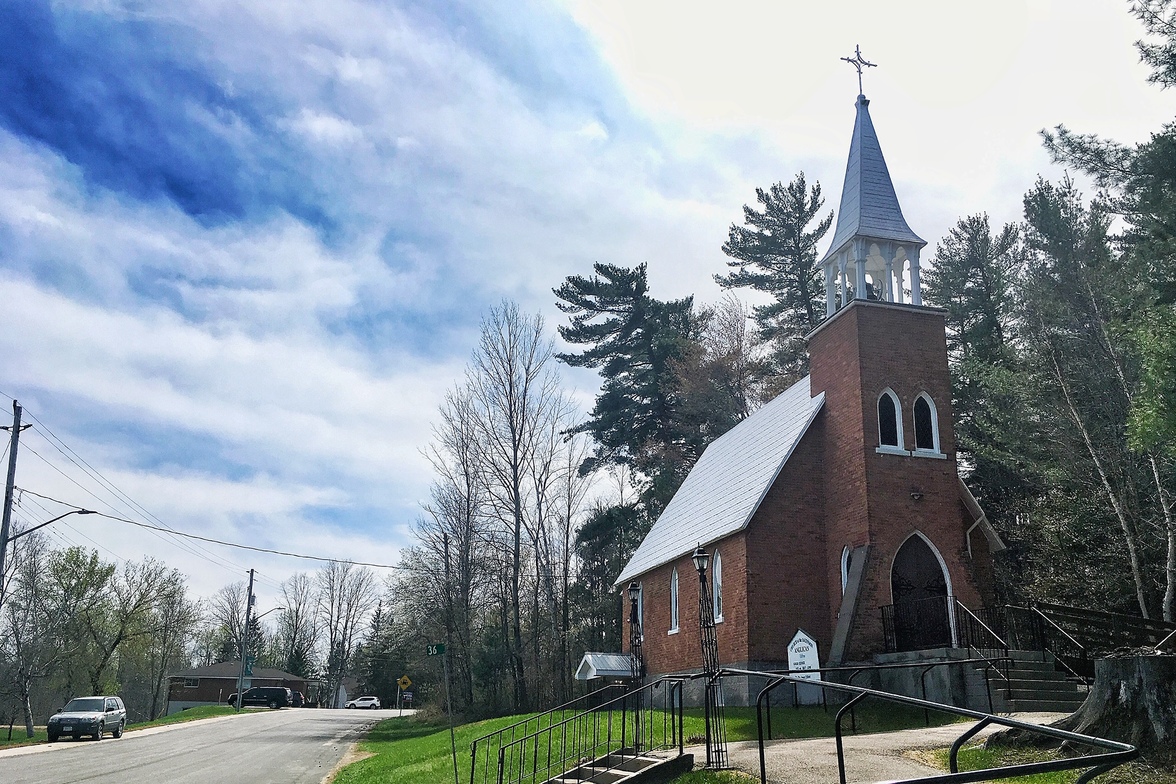 While Anglicans had been worshipping in Killaloe as a part of a Union church since at least 1897, the cornerstone was laid for this building on August 23, 1905. The Anglican Church of the Ascension was officially opened on Ascension Day, 1906. In 1985, a basement was hand dug and a kitchen, washroom, and meeting room were added.

Today, this “church in the pines” meets as a single congregation with St John’s Tramore - July and August in Tramore and the rest of the year here in Killaloe.